The International Space Station (ISS) was transmitting slow scan television (SSTV) images out of respect of the 80th birthday of Russian cosmonaut and first man to go to space Yuri Gagarin. The images were transmitted continuously until 24 February 21.30 UTC.

SSTV is a type of radio protocol that is used to transmit low resolution images over radio. A range of radios, antenna, and digital formats can be used to receive and decode these images. It was expected that the ISS will continuously transmit 12 images at a frequency of 145.800 MHz FM using the SSTV mode PD180, with 3 minute off periods between each image. To decode the images it is recommended to use a digital decoder like DM780 or the like.

To know when the ISS is overhead you can track it online using http://spotthestation.nasa.gov/sightings/, http://www.isstracker.com/ or http://www.mcc.rsa.ru/English/trassa.htm.

One of our fellow LARC members KB8ZGL has collected a few of the images via amateur radio and has chosen to share what he collected.(below)

Thanks to Mike KB8ZGL, The ISS Crew,  Yuri Gagarin, and all the other space enthusiasts that have paved the way for our future generations. 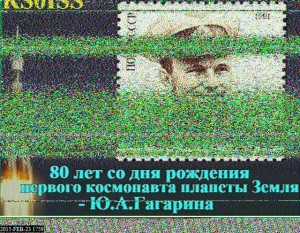 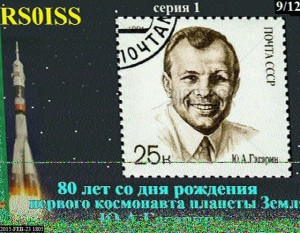 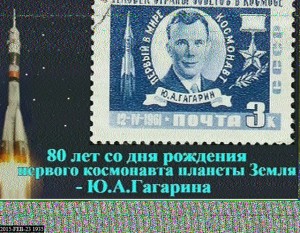 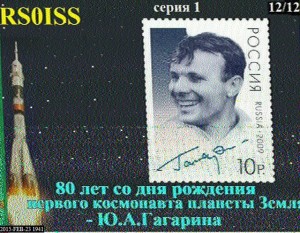 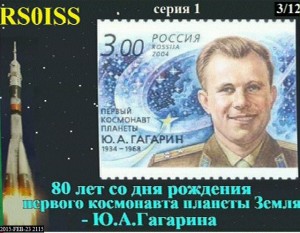 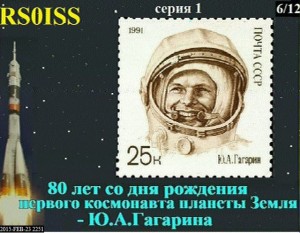 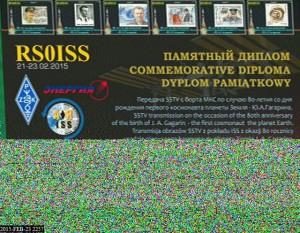 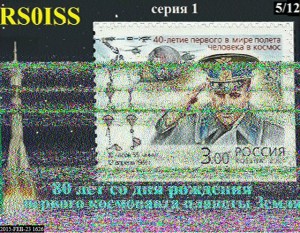 The last two photos are NOT from the SSTV but just a look at the gear the ISS uses for radio communications. 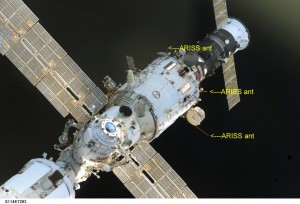 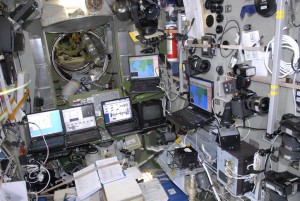